I had a good walk today from Graveney to Faversham via Nagden accompanied by Mark C. A big change from the cold snowy weekend last week to fifteen degs this weekend and  lots of warm sunshine. A large flock of 60-70 chaffinches with four brambling amongst them were feeding in the fields then flew up onto some trees. 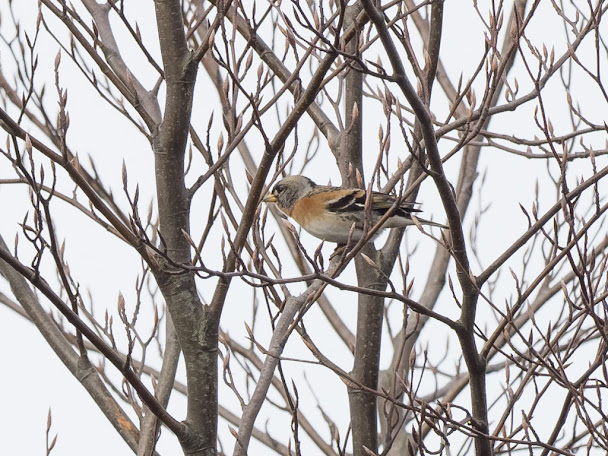 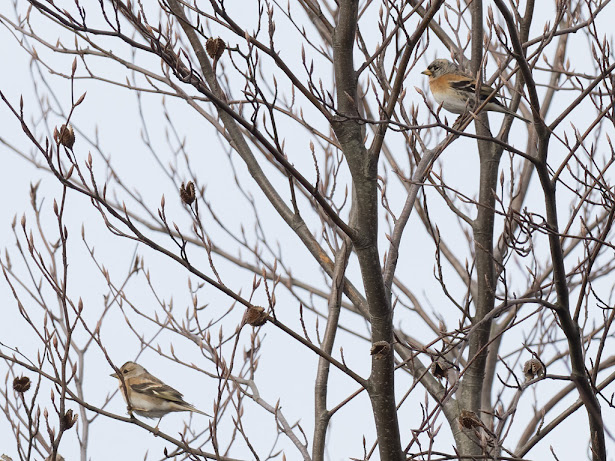 Brambling
Reaching the Creek two greenshank were in the channel with c.20 redshank and four teal and at the sewage works three or four chiffchaffs were singing plus several reed buntings and I counted thirty nine pied wagtails around the sewage works. 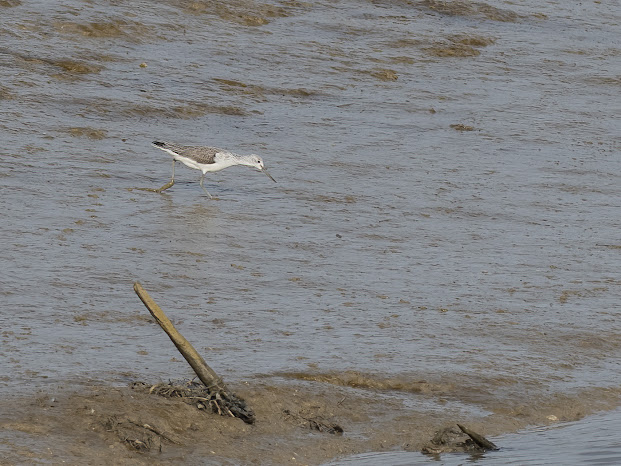 Greenshank
On the way back we saw at least five buzzards one I photographed being chased by a carrion crow. 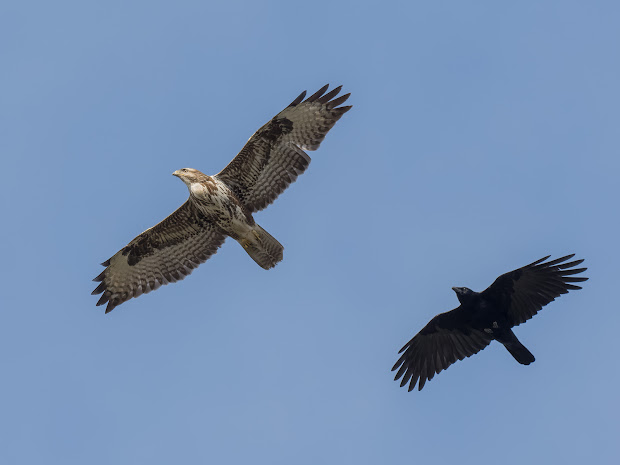 Buzzard and Crow
I saw my first bee sp this year clinging to some low vegetation but I don't know what its ID is. 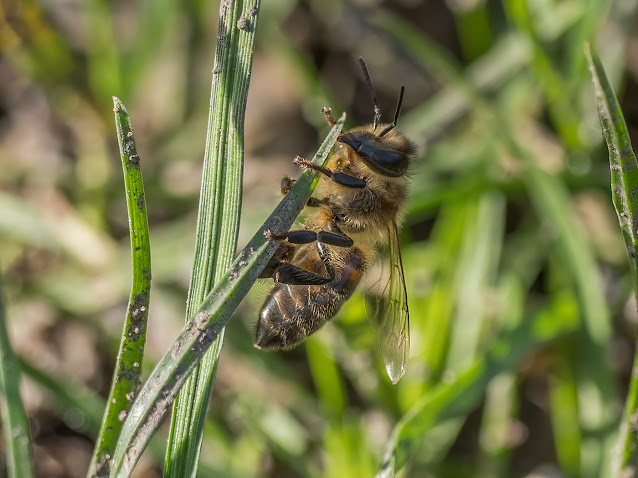 After the two walk my step counter recorded 9500 steps and we covered a distance of three and a half miles.