A cold easterly wind still blowing, as all month so not much hope for migrants. The only birds of note were 2 Canadas on the marsh opposite the LA and a distant peregrine. Late pm 2 ravens put in an appearance followed by buzzard and the best, a ringtail flying across the road where I managed to get a few shots. 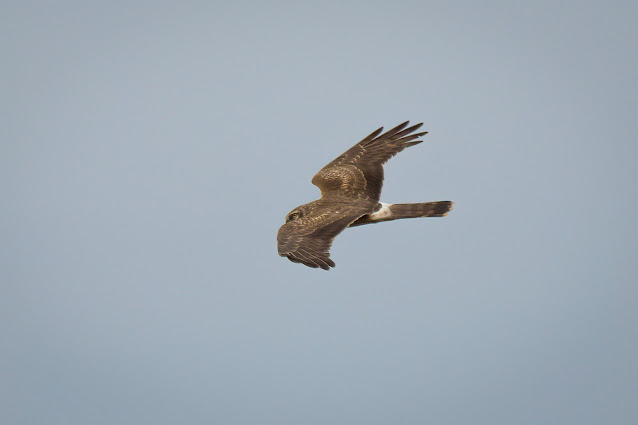 Strangely I got up early and was out just before seven, a lovely still day, the sea like a piece of glass and hardly anyone about.  I stopped at the NRA to look over the sea and found 51 red-throated divers resting on the water a fair way out plus 22 grebes. As the tide left the beach there were still good numbers of waders coming in to feed, c.1000 knot, c.1500 dunlin and I stopped counting grey plovers at 150, could have been three times that number.

On the fields there were 71 curlews, and 38 crows and from the LA 2 buzzards and whilst having coffee there I saw a CRANE fly over towards Faversham. I managed a record shot but it was a long way off, the photo is only 600 pix across. Also a group of 4 ravens. A big flock of c.2000 starlings were flying about all day plus saw 2 greylags late afternoon. 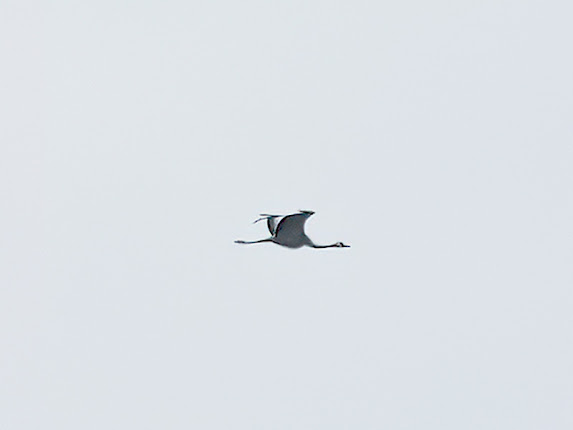