After hearing about the two shorelarks at Reculver from Mark Chidwick I paid a visit on Friday morning bunping into Mike Roser who was just leaving after seeing them.  There were no other birders about so it was a bit of  a search and after a while I started to go back as there seemed no sign then thought 'no don't give up'. I then retraced my steps and went on further east and finally found them but they were very skittish in the strong east wind.  I got several pictures and then put Melvyn and Janice Fagg onto their position as they were also eager to see them.

Other birds included a short-eared owl over the fields behind, a wheatear along the beach and far out to sea a bonxie, several gannets and a peregrine. 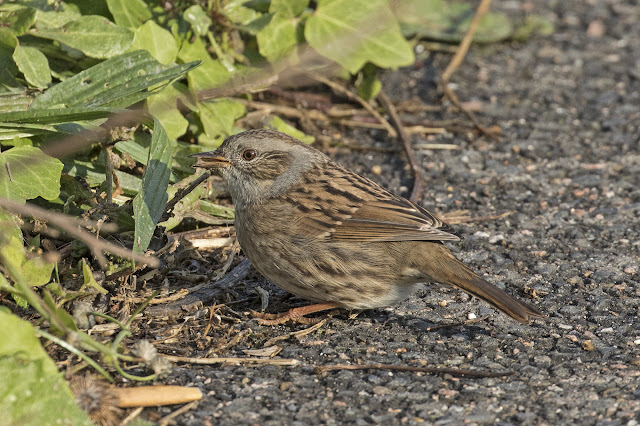 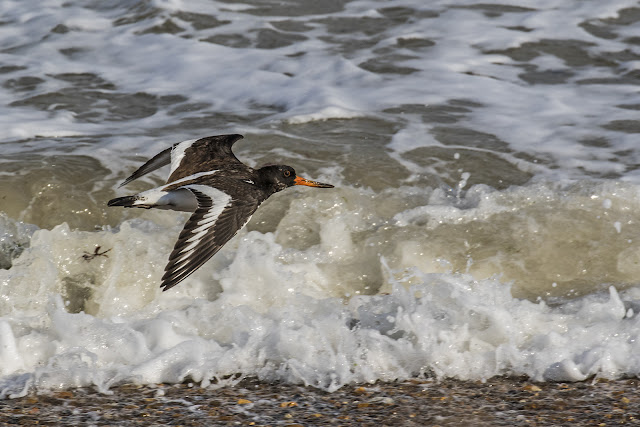 
Returning to Seasalter this morning finding, c.200 turnstones, 160 ringed plover, 30 dunlin on the island and a wheatear in the beach gardens. 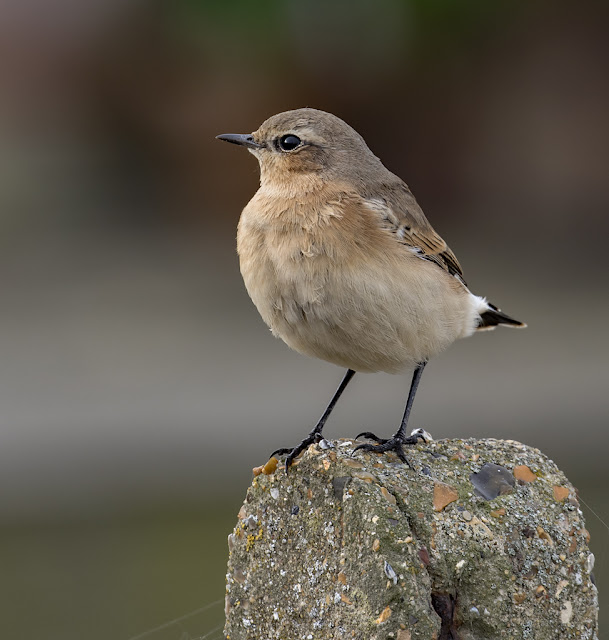 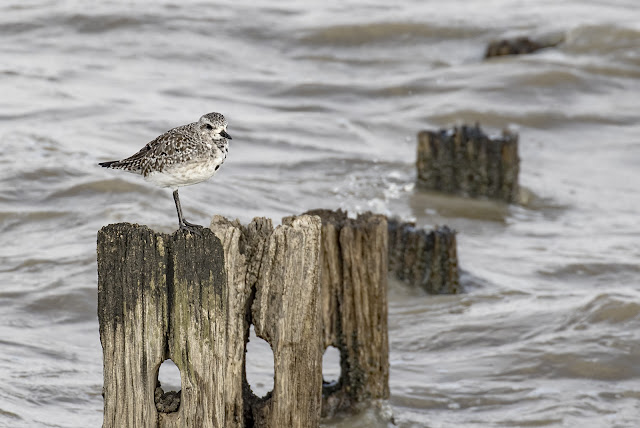 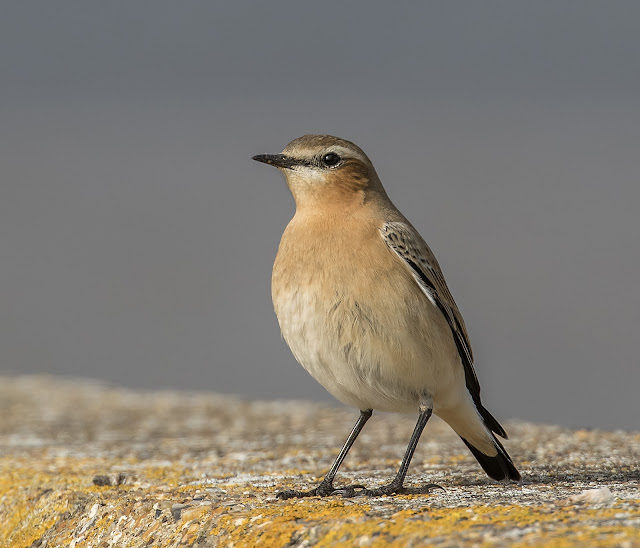 Along the South  Swale LNR I saw; c.600 golden plovers, 1 peregrine, 1 wheatear and on the sea 2K brents (quite a few juveniles) with 225 wigeon plus a handful of teal amongst them and at least 4 pintail.

2 shorelark were reported yesterday at Seasalter somewhere so I took the long walk up nearly to C.Coote. No sign unfortunately but there were 2 wheatears, the brent and wigeon flock. I also made a point of counting the little egrets coming into roost on the Coote amounting to 94 birds not including those that may have already been at the roost. Plenty of mipits, a few reed buntings on the beach and a flock of c.30 linnets. 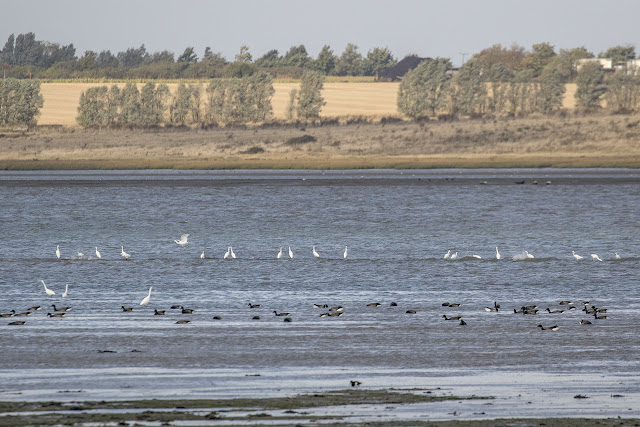 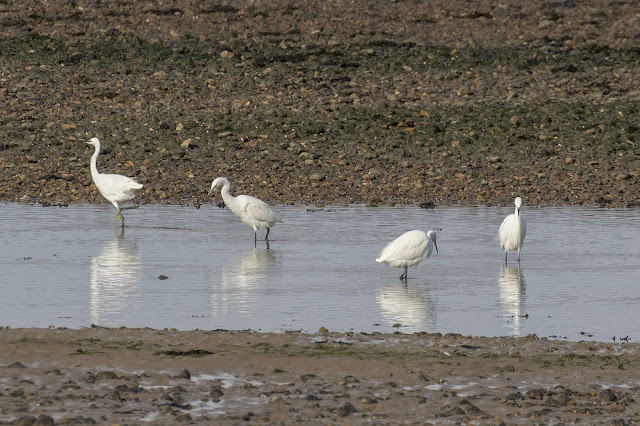 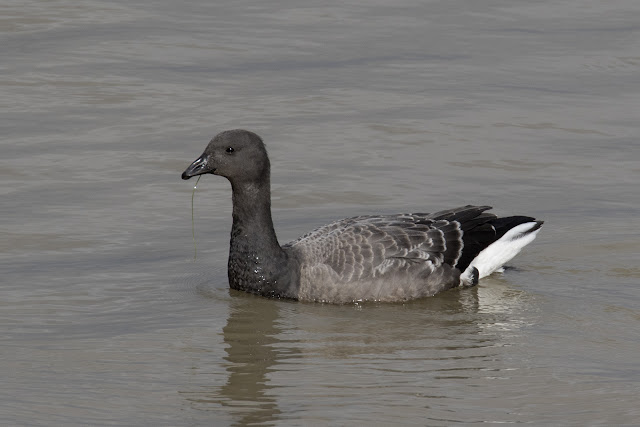 
It was a dull, 'about to mizzle' morning but it was very busy on the plots with loads of birds in the bushes.  It kicked off with a pair of stonechats on the way in followed by several jackdaws flying west which is unusual.  Placing myself in one spot I watched the bushes where I saw 6 blackcaps, 3 cetti's, 2 redwings, 10 song thrushes 6 goldcrests, a ring ouzel, c.20 chiffchaffs, 16 long-tailed tits, 1 marsh harrier, 1 great spotted woodpecker, a swallow plus linnets, 17 chaffinches and half a dozen blackbirds, one of which was jet black, black bill and no eye ring, maybe one of the continental types.

There was one small leafless bush holding 4 song thrushes, 5 blackcaps, 2 goldcrests, 1 blue and a great tit plus a cetti's warbler, what was so attractive I don't know!

Unfortunately, no photos, I actually went out with the camera and bins then after a while went back to the car and swap it for the scope as it was difficult to ID the small birds in the distant bushes.

Today the bushes were quiet, just a few chiffs and cetti's so I turned my attention seaward. In the pools left by the receding tide opposite the NRA there were 10 egrets together plus I counted another 17 later on at the LNR.  Near the Sportsman I counted 260 grey plovers as not much else to do and also noted lots of dunlin and c.100 knot and several barwits.

Walking through onto the beach a little bird dropped down onto the front of a boat trailor. I approached slowly as it was on the side I couldn't see and it hadn't flown, I thought it was one of the pied wags but to my surprise it was a brambling that allowed me to get close and take photos. 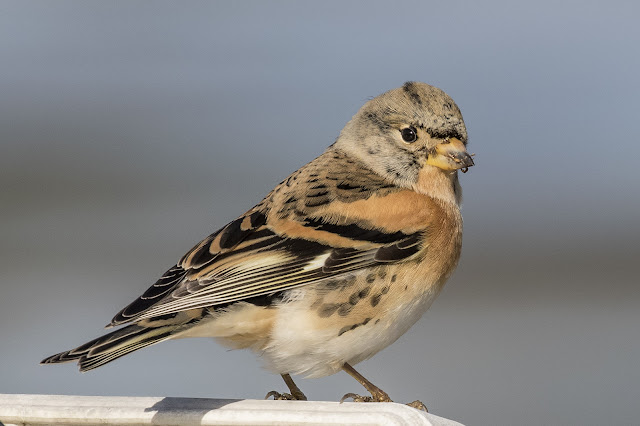 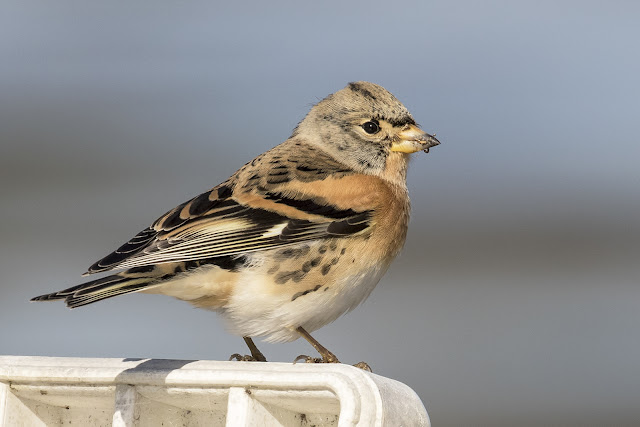 
Strong easterly winds, I couldn't think where to go and not suffer that blast so Hampton came to mind.  I could even sit in the car, no, there was plenty of shelter and the sun was nice and warm so I sat on one of the benches to seawatch.  Not much was going on but over towards Swalecliffe I could see 10 brents, 42 ringed plovers and 1 knot and closer to me a redshank and a couple of turnstones. Later from the car park I picked up a bonxie heading east and shortly after 12 little gulls approached from the west but doubled back then drifted further out. Also c.200 brents flew west in several small groups plus one Sandwich tern was in the area.

This afternoon I took a walk along the SS. LNR finding 2 wheatears near the huts, noted one mipit but nothing else except the c.250 brents out on the water riding out the easterly gale. 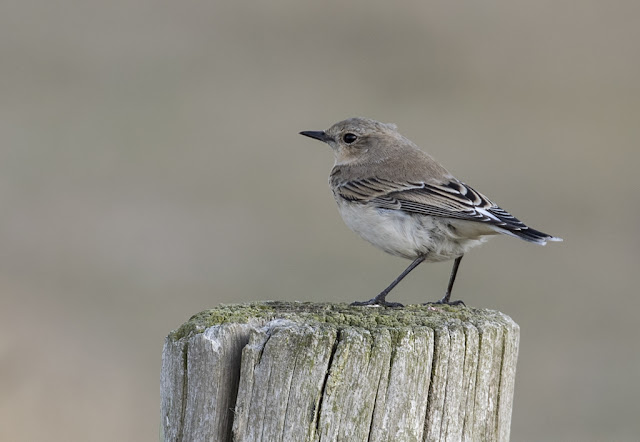 This one looks to be a youngster 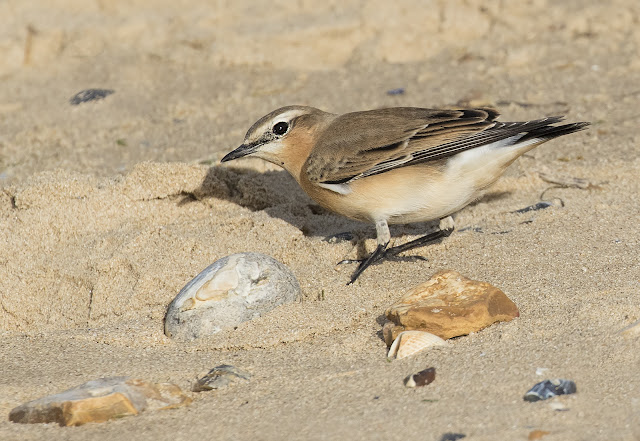 The last week of September was spent in Rome sightseeing taking in many of the ancient and baroque sites plus the Villa Borghese which holds many paintings and sculptures. One room held six Caravaggio paintings but none of them roped off etc., I could have touched one easily, very little security, plus plenty of illumination, not displayed in virtual darkness - maybe they know more about such things than we do! 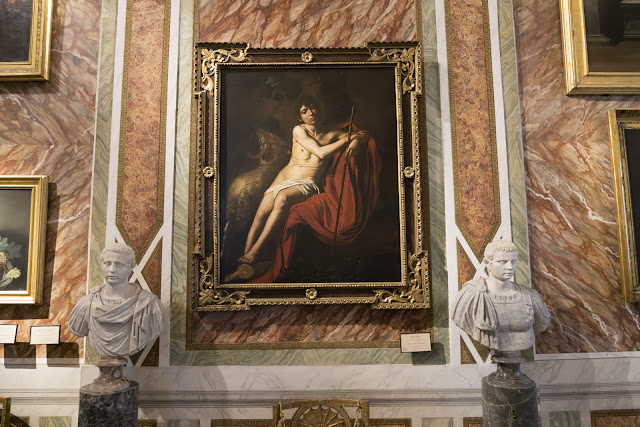 'A Caravaggio' - did you know his 'name Caravagio' is the name of the village he lived in, his real name was not allowed to be used as it was Michelangelo Marisi!

Since getting back I nipped out to see the pallid harrier and pm. 30 minutes at Seasalter just seeing a few gannets and 1 arctic skua before having to attend a kids party!

However, on the 3rd, a proper morning at Seasalter finding 31 egrets, a few wader examples but no big numbers. An unusual large amount of herring gulls milling about just off the outfall and c.90 cormorants plus 15 grebes. The plots were quiet, 2 chiffs, 9 linnets, single blackbird, chaffinch, kestrel but a surprise  with a raven honking overhead flying towards Ellenden Wood. A couple of small white butterflies and a southern hawker posed for the camera but very little else. 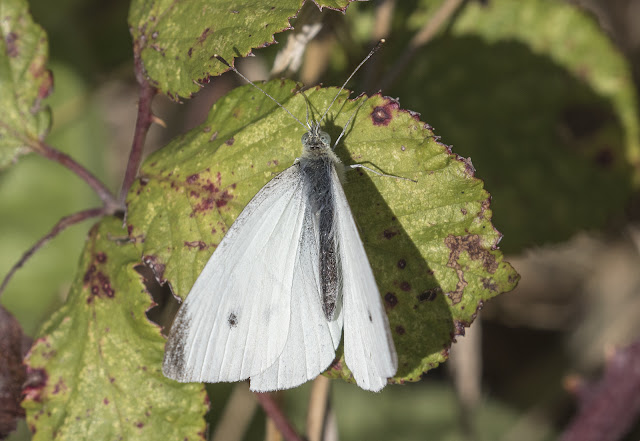 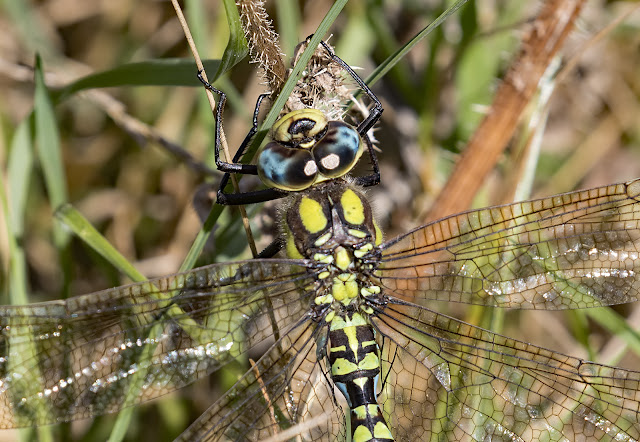 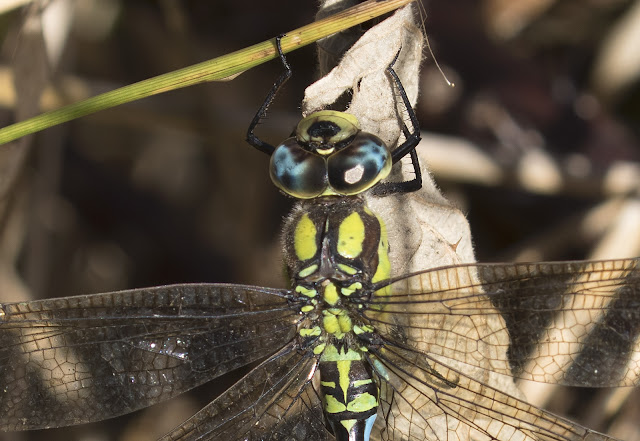 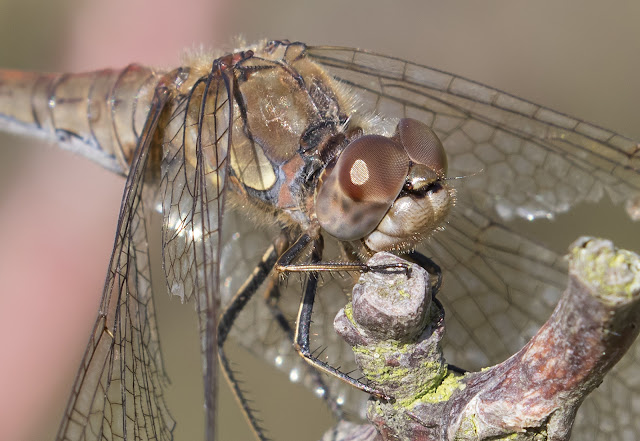 I moved along to the LNR where I saw c.10 bearded tits on the edge of the reedbed where they were cleaning out the ditches, maybe the disturbance caused them to up and leave but they were the first I have 'eyeballed' this year here.  Apart from a few skylarks, 2 reed buntings, 1 swallow and mipits it was again quiet. I could see further west c.250 brents on the mudflats but I didn't go further on. 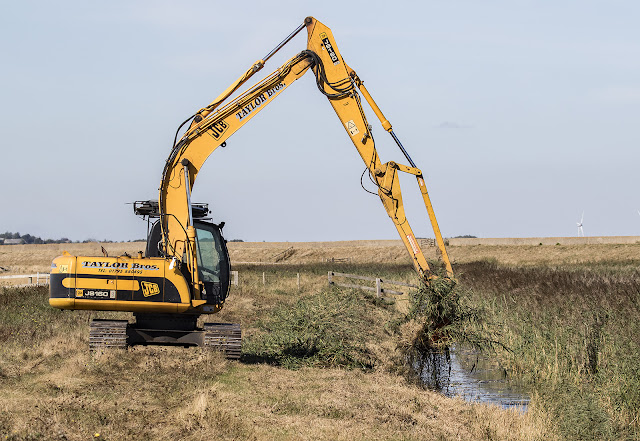 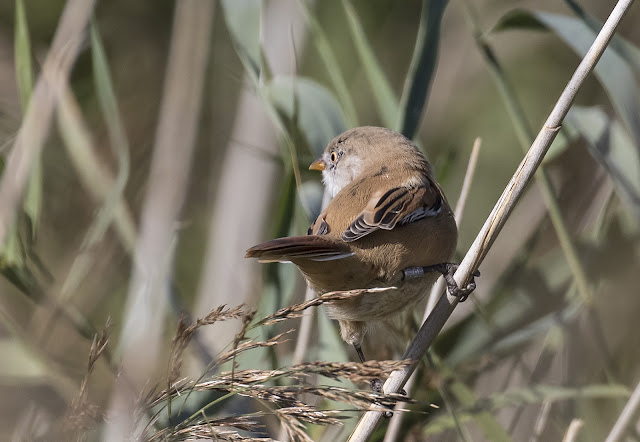 The best I could do with the beardies, very active, this one with a ring.