I missed the best views of the red moon as there was some cloud when I got up to look at it.....maybe next time.  However, it was a cold frosty but sunny morning when I reached SS., the sea was flat calm and the wind was non existent.  Plenty of dunlin near the NRA and the kingfisher was at her usual spot. 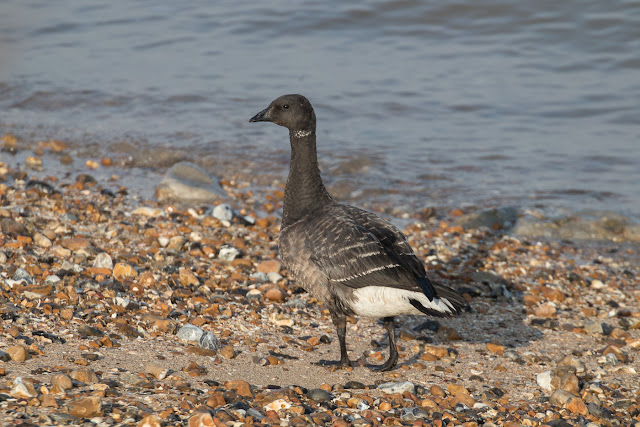 Most of the brents had moved somewhere, maybe Sheppey but this juvenile was hanging about at the bottom of the beach 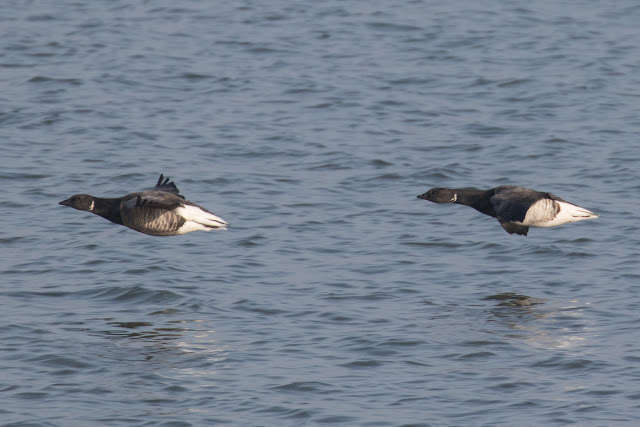 I decided to walk up to the western end of C.Coote, on the way seeing a small group of c.20 brent flying past which I quickly snapped finding the pale bellied brent amongst them. 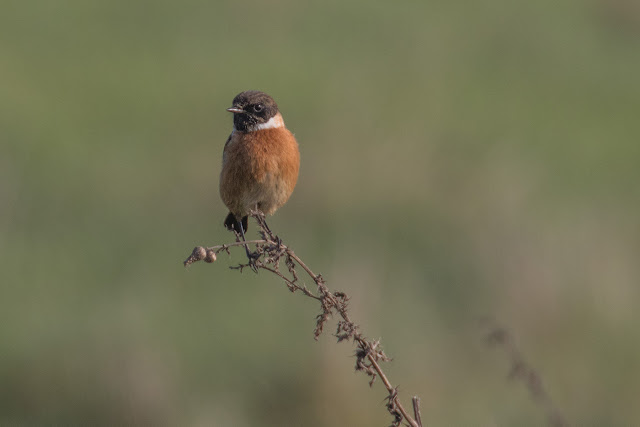 Almost at C.Coote I could see Mike Roser and Bob Gomes at the far end finishing the WEBS count. On route I counted c.200 teal, 1 shoveler, 1 pintail and a good number of wigeon and inland 4 stonechats.

A good number of dunlin had roosted on the tip of CC. 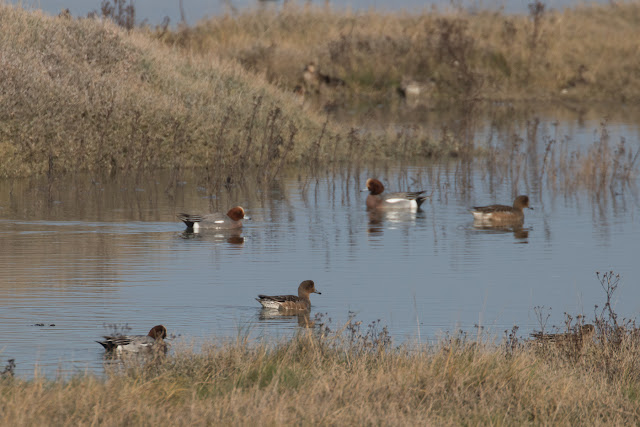 As the tide rose, HT at about 12.30, the 'inland lake' filled and attracted several wigeon.

24th Jan.
A cold morning at SS, the dykes at the NRA pumping station had frozen which enabled me to see a water rail which was running along the edge reeds but the poor old kingfisher was at the usual perch but with the water frozen, will it survive.
A short walk around the huts to take some photos then off home........cold. 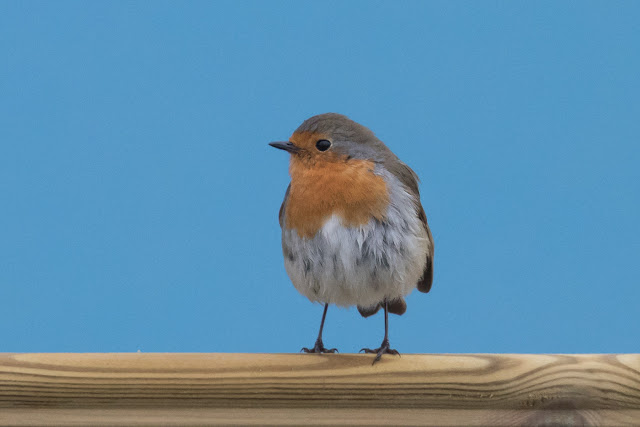 Robin on one of the beach huts 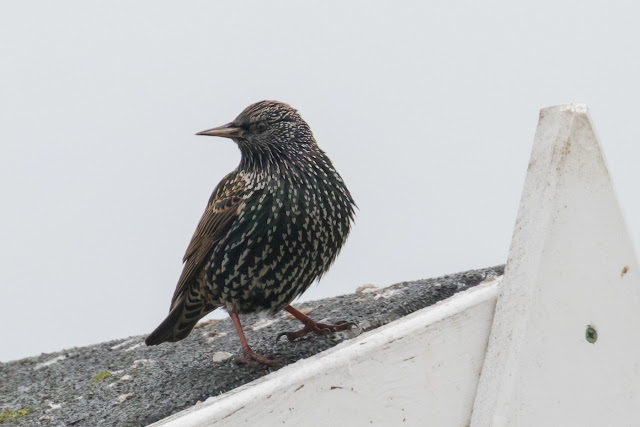 Scraping the barrel.....starlings make good pictures when the sun is out....this needed ISO 1250 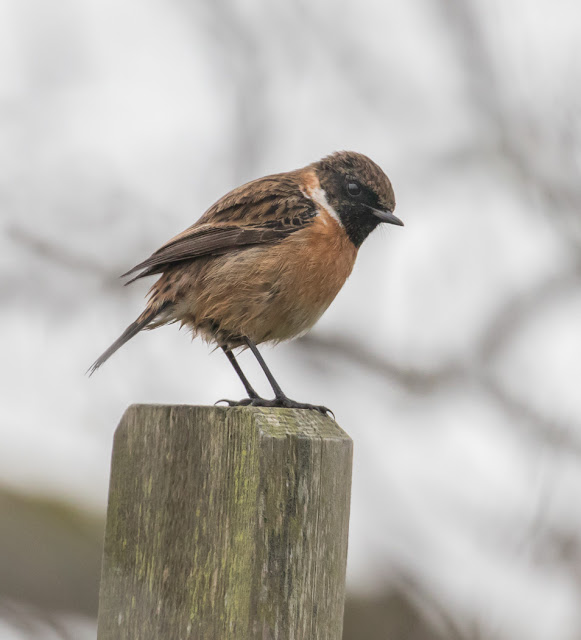 The resident stonechats here were hunting along the track leading down to the beach, I just stood still for a while and let them continue enabling me to take a couple of shots.
Posted by Mike Gould at 13:32

Thanks for sharing the incredible photos. We just love the true beauty of these birds. Love how they fly so close to the water. Have a wonderful day and keep up the great posts.
World of Animals