Visit To Grove and Rock Pipit at SS


Not knowing where might be productive I paid a visit to Grove Ferry and the magic of the Feast Hide. Two togs were already in place but the shutter buttons had been fairly quiet the only quarry on the menu being teal and gadwall plus the coots. I had a look from the ramp on the way up but it was surprisingly empty of birds, maybe all the teal in front of the hide had just flown over. A couple of stars for the morning were a water rail and a green sandpiper which only made brief appearances, also a buzzard and a marsh harrier were in the area. I stopped for just over an hour and left just after eleven. 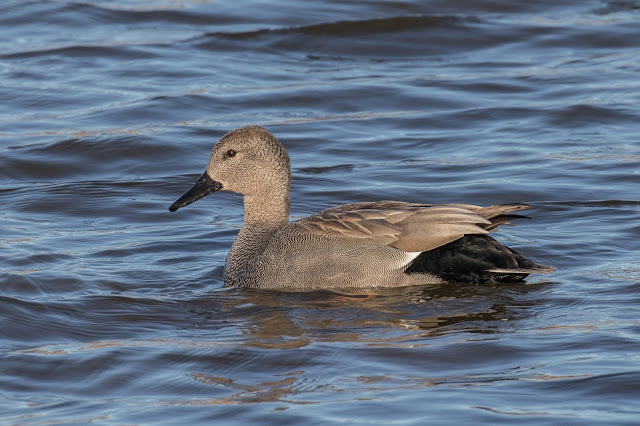 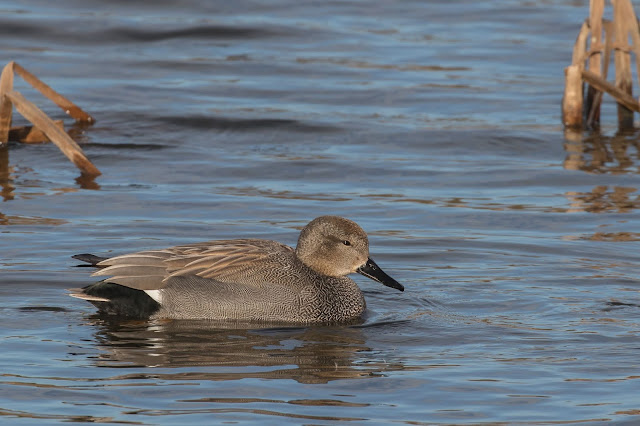 A lovely bright sunny day although only 3 deg C. but I thought just right for a walk up to the western end of the Coote. The high tide was early morning about 6.45am but I hoped for a good specie count which kicked off at the Sportsman with c.200 starlings and c.500 lapwing, most being behind C.Coote. There's not much around the chalets, 3 chaffinches, dunnocks and robins but I stopped here to try and get a decent dunlin shot (still trying). 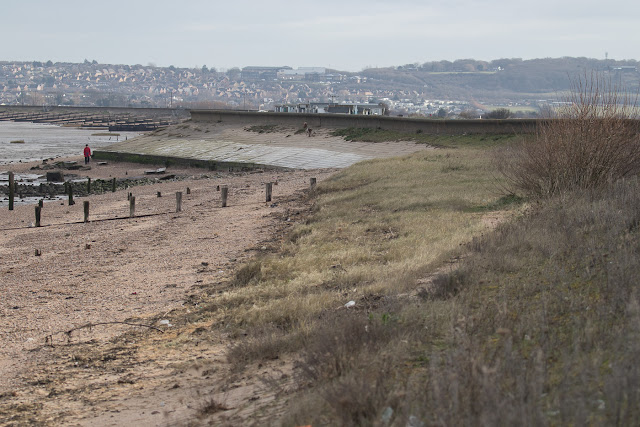 The tides lately have washed away much of the lower beach undermining the seawall in time. There was a time when the shingle/land was up on the apron of the wall where the woman in red is standing and stretched across at an angle to where am standing.

Moving up to CC I counted 47 seals on Horse Sands and c.2500 knot on the flats and just a handfull of brents. Inland on the fields c750 golden plovers and the lapwings plus 1 linnet and 12 skylarks.  At C Coote; 2 stonechats, 1 reed bunting, c.50 wigeon were visible above the channel edge plus c.100 teal, just a guess, also 1 egret on the Coote and on the sea 36 mallard. The best birds being 2 rock pipits just below the wall although at one point they were feeding on flies on the seawall. 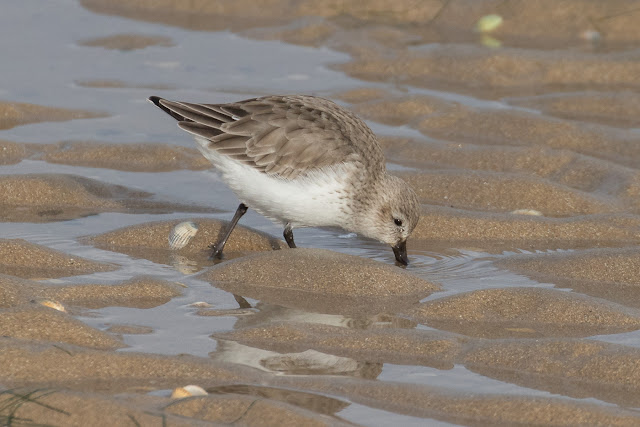 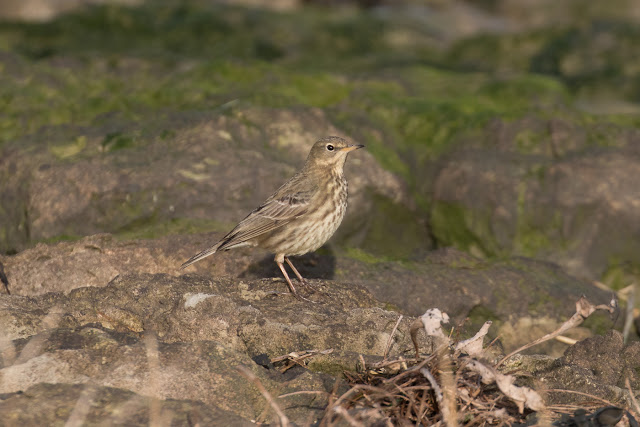 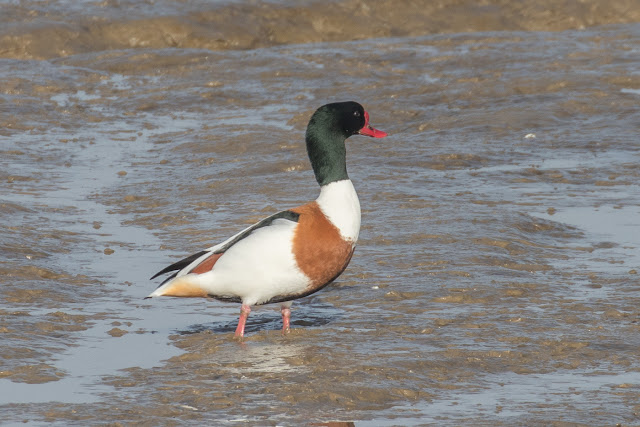 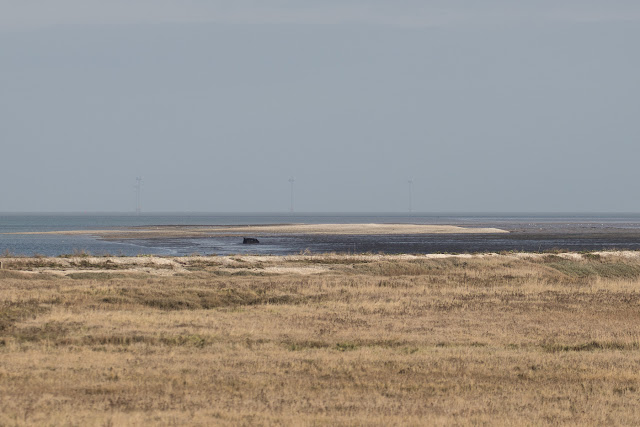 This is a view from the western end of C.Coote looking at the shingle bank that has appeared over the last few years and appears more or less mid channel. View it large. The tally for the morning was only 30 species.

We really enjoy your photos of the birds and the wonderful view. The Shelduck photo was our favorite. Thanks for the share. Have a fantastic rest of the day.
World of Animals